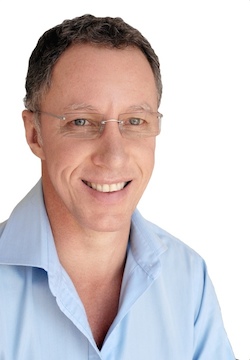 People often ask me how I got into osteopathy or for how long I have been in practice. I have been pondering these questions lately, as one does from time to time, though it does make me seem somewhat ‘older’ than I really want to be.

Recently I made a video with my colleagues from Sydney Osteopathic Medicine about how we all got into osteopathic practice. It was fun to sit and tape our stories. See my blog ‘Video killed the radio star’…..It made me think about starting up both of my clinics at Bondi Junction and in Sydney CBD; so here is a bit more of my story:

While working in the area of prenatal care and teaching anatomy and healthcare to trainee childbirth educators, I was introduced to a wonderful acupuncturist and practitioner of traditional medicine, Elyane Brightlight, who had moved from the Village Healing and Growth Centre, a large group practice in Paddington, to her own smaller clinic in Bondi Junction. I was, at this time practicing from a home based clinic in Kensington, from rooms in North Sydney and working out of the Sydney Dance Company studios at the Wharf in Hickson Road in The Rocks. The temptation to have one base in Bondi Junction, which I considered to be the heart of the east and the heartland of Osteopathy here in Sydney, was one that became a delightful reality very quickly.

So I moved into the Good Spring Centre at Bondi Junction with the colorful and talented Elyane and began a long and fruitful professional relationship with a wonderful colleague who continues to inspire me today, so many years down the track….. and my osteopathic practice at Bondi Junction was born.

We worked together for about six years at this clinic in Hollywood Avenue before I purchased my first clinic and together, we moved up to the eagles eyrie of Harley Place Health just along the road on the corner of Hollywood and Oxford…. I still today love giving out that descriptor…. overlooking the magic of the Junction, across to the city skyline and down through to Double Bay, our ever changing Slessorian harbour and beyond to the hills of the north shore. On a fine afternoon you can see the glistening dome of the Bahai temple at Mona Vale from our clinic. This is a view that, to this day, I do not tire of.

We have collaborated on many different aspects of clinical practice over the years and taught from our respective expertise in the area of prenatal care and childbirth along with other areas of clinical knowledge. Years later some of my work was published in a small book for consumers by Wellbeing magazine and Elyane went on to publish her first book in this area called ‘Natural Childcare’.

In addition to working in the very exciting and life-changing area of childbirth, I also developed my Bondi Junction practice in the area of dance and performance injuries. Working in the arts and being involved on the edges of the creative arena has been an inspiring experience and has presented me with some wonderful opportunities to make my small contribution to the creative process, both as an osteopath and then diversifying into other areas within the arts. This has provided me with many extremely fulfilling and enlivening experiences and people many of whom today I am fortunate to continue to have in my life. Twenty years down the track I am as inspired and in awe of the creative process of the human body-mind and its capabilities as I was all those years ago when I first was introduced to the osteopathic concept.

I see a lot of people coming through my clinics in the city at Sydney Osteopathic Medicine and at Harley Place Health in Bondi Junction with back pain problems arising from their discs, so I have decided to write a little about discs to help inform you about these irascible parts of our back and the nature of damage to them. I will also talk about how an integrative osteopathic approach can help you manage these conditions or where other approaches may be advised.

Today I am going to talk a little about the basic anatomy of the intevertebral discs.

The intervertebral discs are soft but tough cushions lying between the spinal vertebrae, with the exception of between the first and second cervical (or neck) vertebrae.

They have a threefold function:
1) They form a cartilaginous joint between each vertebra and act as the spine’s shock absorbing system.
2) They are anchored to the bony vertebra via the cartilaginous end plates of the bones. In this way the discs act as ligaments holding the vertebra of the spine together.
3) They also help promote some vertebral movement acting as a pivot point. While movement between individual vertebra is limited, the motion of a region is increased when the action of several discs combine together.

The disc contains a tough outer layer known as the annulus fibrosis and the soft jelly-like inner nucleus pulposus.

The annulus fibrosis consists of 15-25 concentric collagen, or fibrous, sheets wrapping round the outside of the disc a bit like the layers of an onion. The fibres of one layer are at 90 degrees to the adjoining layer. This configuration makes them very tough and able to contain the pressurized inner nucleus and helps distribute pressure evenly across the disc.

The nucleus is the softer water-rich central portion which has a gel like consistency and is roughly spherical in shape. It is placed under very high pressure when we are upright, especially in the sitting position. It acts to support the downward weight of the body and to allow the bones to pivot around its shape. It acts as a shock absorber, taking on the impact of the body’s activities.

The pressure in the nucleus is 5 – 15 times higher than blood pressure. As a result, blood cannot reach the nucleus; Also, there are no nerves in this central nucleus or even in the inner two thirds of the annulus. The nerves are only found in the outer one third of this fibrous ring. This explains why the disc can degenerate without pain until it affects this outer layer. While the disc may wear out, there are no nerves to receive and transmit pain.

There are a number of conditions that are affected by the wearing down and damage to the discs including degenerative disc disease, disc bulge, disc herniation and internal disc disruption leading to a variety of presenting symptoms. I will go on to talk about some of these and how an osteopathic approach may help you in further blogs.

Here is the result of a recent escapade into video production!  My erstwhile business partner in my city clinic at Sydney Osteopathic Medicine, Nic Lucas, who also works in internet marketing, produced this work of art. This is a  bit of my story.

Have been sitting in city cafe with Nic Lucas updating this site… great way to work…. Nic is certainly the master of millenial communication, marketing and wordpress blogs… go check him out… and love my new pics

Join in and laugh with me as we march (or crawl), as the case may be, into the virtual world of the C21